This movie has the longest title ever. I didn’t get to see Percy Jackson in the theatre so I finally got to watch it now. Think of this movie as like a hipper or 2010 version of “Clash of the Titans”. The movie starts with this dude named Percy, who is Poseidon’s son, get it? Percy= Perseus. Zeus thinks that Percy has stolen his lightening bolt and is super pissed off about it. So know everybody is out for Percy and this lightening bolt, that he doesn’t have. Percy can’t read and lives with his mom, who had sex with Poseidon back in the day, and now she is married to a wife beater who drinks. Eventually shit hits the Olympic fan and Percy is told he is a Demigod (all Demigods should be played by Demi Moore) and he has weird reactions to that. One minute he is like “so”, and the next he is like “Oh my god, I am a demigod”. Next James Bond shows up as a half horse and his best friend is half a goat and they take him to The Renaissance festival (I wrote this Renn Fest joke and then they said it in the film a few minutes after I said it a loud, so they get props for making fun of themselves) to learn to fight. At first Percy is all “This aint my fight bitch”, then Horse James Bond is all “It’s our fight bitch”. Percy then meets Athena’s daughter (who is a bitch) and Hermes son (who is a twink), they then start a dance band. OK I wish they had started a dance band. Later Hades shows up to party and wants that lightening bolt too. Now Percy and the Rockers go on a quest to find 3 pearls and the song “Highway to Hell” is played. I like this song and would have probably played it too. Along the way they run into Medusa, who is played by Uma Thurman, I love her and she can do whatever she wants. Medusa owns a lawn and garden store. Later they end up in Vegas and the song “Poker Face” is played by Lady GaGa and they all dance. I would have played this too. Finally Rosario Dawson shows up, and I love her and she can also do no wrong. I enjoyed this movie more than most magical themed films I have seen, even though there were some parts that were forced. I mean really how do you react when you are told you are Demigod? I guess I would dance and clap and destroy shit. This movie ain’t for everyone, but if you like Zeus and shit and want to see it in teenish sort of way then this is the jam for you, Or if you are perv and want to get off on young dudes and young chicks running around stabbing at shit. I also liked the pretty water effects. Will I buy this film? No.

A. I guess Percy is a cool name.

B. I love Uma Thurman as Medusa.

D. Pierce Brosnan as a half horse is weird and creepy.

E. I will never say the phrase “This isn’t my fight”, instead I will say “This is my fight” even if it isn’t.

F. If I were a demigod I would fuck shit up.

G. I really do wish they had formed a band to fight Zeus.

H. I really wish they could have cast Percy Sledge as Percy Jackson. If you don’t know who Percy Sledge is then look at this.

I. I really do love Rosario Dawson. I wish we could hang out tonight and say “whatever” to people.

J. When Percy and the Rockers were in Hell, They could only take 3 people back with them and there were 4 total. So one person had to stay in hell, and they chose the half goat best friend of Percy, who was also African-American (Black folks). Yes they left the black dude in hell, that shit was racist. If I were him I would have kicked that honkey Percy in the face with my goat hoof.

K. I was hoping that Tyler Perry would have shown up as the Madea Kraken. 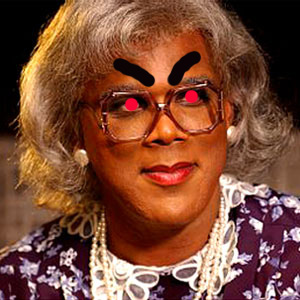 L. All Demigods should be played by Demi Moore, and always looking like this picture. 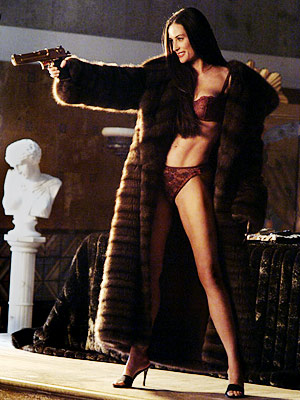 M. I love how these types of Zeus films dismiss Jesus and the bible. I wonder what Christian parents will tell their kids as they watch Percy? Probably this “Honey all this Zeus shit is not real and crazy talk”. I wonder what parents will say a few hundred from now to their kids about “Passion of the Christ”? Probably this “Honey all this Jesus shit is not real and crazy talk”. Humans, they really do live in circles, I guess that is why the earth is round. 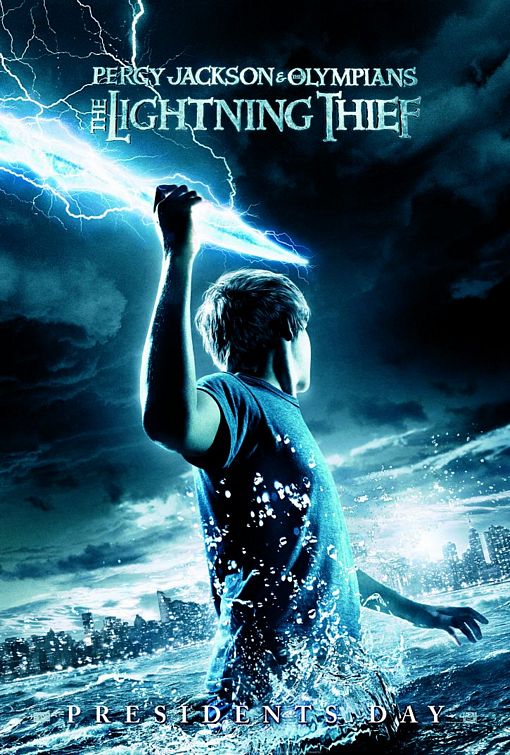