Skip to content
Home“Dear Mr. Gacy” or “Why in the fuck are you writing a serial killer letters bitch”

Ok so I like watching movies about serial killers, real life is more fucked up than a scripted Hollywood story any day. This story takes place after John Wayne Gacy (Ya know the dude who dressed up like a clown and tickled kids and killed them) was arrested. The story is about this 18-year-old college dude who decides that he wants to write a paper on Gacy, and basically pretends he is gay and abused so that Gacy will like/talk back to him. The college dude wants to try to get inside Gacy’s head so they write letters, send pictures and talk on the phone. They talk about pervy shit too. So anyway this college dude gets to deep and hello Gacy is a manipulative serial killer, so the college dude is scared shitless. I don’t want to give away all the crazy shit that happens, but yes this is based on a true story. I saw that college kid talking about his book about Gacy back in the 90’s on Jenny Jones show or some shit. So yeah if you get creeped out by the real deal, then watch this movie. I mean shit it is basically a rated R version of  the TV show “Unsolved Mysteries”, but fuck you, I loved “Unsolved Mysteries”.

A. Hey dumb ass don’t write to serial killers they will fuck your world up.

B. Serial Killers will rape your mind.

E. Don’t take sexy pics and send them to a serial killer. I promise you this shit will not end well.

F. Don’t ever visit a Serial Killer in prison, this will also not end well.

G. I played John Wayne Gacy in a Twinhead Theatre play once. It was a comedy. That’s me below. I think I modeled my performance after Penny wise from Steven Kings “It”. 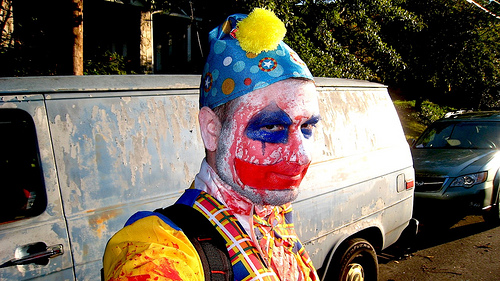 H. Clowns are spooky, but fuck what you heard I will beat a clown down.

I. If a serial killer calls you collect DO NOT accept the charges.

J. If a serial killer tells you to go into your little brothers room and blow him, THEN HANG UP ON HIM. WHAT THE FUCK IS WRONG WITH YOU BITCH.

K. I case you know nothing about serial killers John Wayne Gacy is dead now.

M. The college guys name is Jason Moss, all this shit is in his book, here is a picture of him and Gacy right before he was executed. 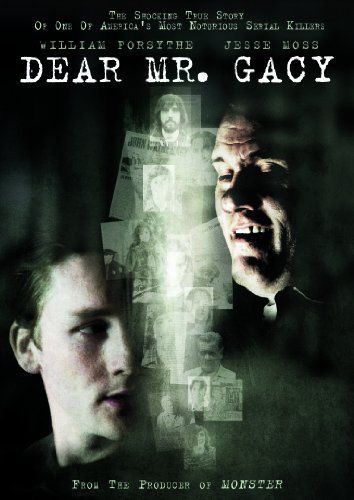 One thought on ““Dear Mr. Gacy” or “Why in the fuck are you writing a serial killer letters bitch””