Marlinda P. wanted to watch this vamp jam with her this week, so we gave it a whirl bitch. The movie is about this struggling band whose songs are just OK and they aren’t paying their bills. One night they are performing at Alice Coopers bar, and they run into this super vampire that looks like a cross between the Mad Hatter and Carrot top. Then the Mad Hatter Carrot Top vamp convinces one of the band members to go home with him (it’s a chick guitar player). Now the guitar chick is at the Mad Hatter Carrot Top’s mansion and he vamps out and sings her a song, then bites her. She goes back to her band and now she is cooler and faster and can stay up later. She is a vampire now and eating people along the way but the band is getting more popular, so they got cut a new song at Iggy Pops house. Meanwhile they are being followed by a vampire hunter called Eddie Van Helsing played by Malcolm McDowell.  Later they find out that Alice Cooper is not actually wearing spooky make up he just looks that way all the time, and Moby shows up and is no longer a vegan. In the end the guitar chick bites the entire band and they form the group Vampire Weekend and buy all their closes at Hot Topics (Hot Topics gives out discounts to vampires in case you did not know). This movie is weird but over the top enough for me to like. I also love Alice Cooper, and Moby seemed cooler in this movie than in real life. I like that the band performed songs, but that Mad Hatter Carrot Top vamp was fuckin gross and creepy. I am curious to see what this director does next, because although this movie is not great, you can see he is on the right path of fun shit to come. If you like vampire bands who are smart ass and sing their own songs then this jam is for you.

A. I love Alice Cooper.

B. Here is the main bad guy, The Mad Hatter Carrot Top Vampire.

D. I wish the group “Vampire Weekend” were real vampires.

E. The vampire girl in the band should have been played by Katie Orr.

F. Here is my friend Katie Orr as a vampire.

G. Alice Cooper looks dead now so they didn’t have to give him any vampire makeup.

H. If I was a vampire I would wear a cheap vampire mask to throw people off.

I. Nobody was naked in this movie.

K. I hope the sequel is about a werewolf hip hop dance troop.

L. I wouldn’t mind being a vampire. 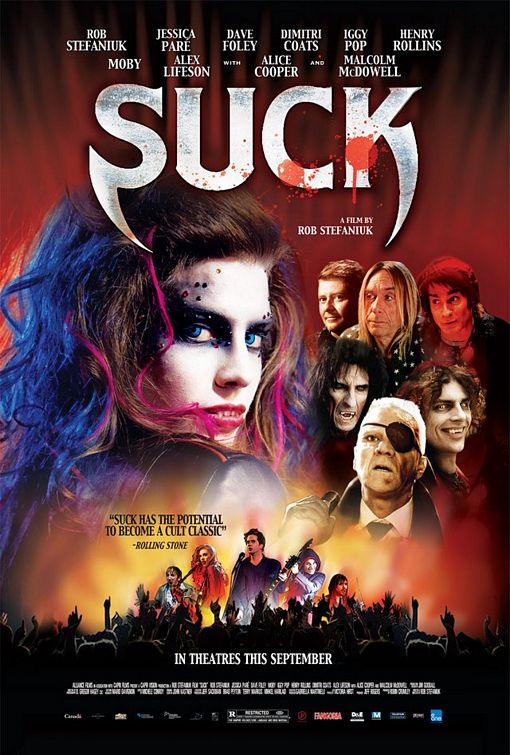