Just got back from seeing “Battle: Los Angeles” in the theatre with Matt G., Tristan T., James F., Austin H., Joe D., and Alex G.. Ok the movie starts off with what felt like 20 different character introductions of people who are in the military. Then on the news they start bitching about some meteors about to crash into different oceans around the world. So all 20 military characters mobilize and they realize that they are not meteors but are really white trash versions of the Transformers that can’t transform. Now our team has to go on foot to rescue some civilians trapped at a police station, along the way we get a bunch of shaky ass footage of aliens running by and gunfire. Ok it took forever to get to the aliens. Don’t take me to the zoo and tell me we don’t get to see the animals for an hour. Fuck you, bring out the panda’s bitch. Then they finally run into Michelle Rodriguez, who is another soldier on the run. This pissed me off because she is only in half of the movie, I kept saying where the fuck is Michelle. Also she barely has in dialog and I wanted her to be a main character. Later another gun fight scene with aliens, more shitty forced dramatic dialog from characters we really do not know, then rinse and repeat for about 6 more times. It was like watching the movie “Ground Hog Day”, where we kept seeing the same scenes over and over again. The civilian characters were so forced and when they get hurt we are supposed to cry for them, Umm no, we don’t even know them. They even take time to baby this 12-year-old kid cuz his daddy gets hurt. SHUT THE FUCK UP BITCH WE AT WAR. This is the end of the fuckin world and you wanna hug some kid you don’t know. Then later the inevitable “dramatic human speech” (think Bill Pullman in “Independence Day”) happens and it almost put me into a coma. Ya know the “we got to keep fighting and living because we are Americans” speech. There is even a moment during the film where a soldier who has a previous problem with the main character from years ago takes the time out to bitch about it with him. THERE ARE FUCKIN ALIENS EVERYWHERE AND LOS ANGELES IS ON FIRE AND YOU WANNA TALK ABOUT YOU HURT MY FEELING BACK IN THE DAY. I would have turned around and shot him in the face, and told the others to keep fucking moving or the same would happen to them. I also would have given the 12-year-old kid a machine gun and said “Listen you little bitch there are aliens trying to rape us now so you take this gun and shoot anything that looks like a broke down transforming hooptie ride”. In the end I felt like this movie was 4 hours of gunfire and shitty dialog. The aliens looked broke down and busted, and for some reason used bullets instead of lasers or whatever. That’s right you can travel across galaxies but you are still using bullets. If you like Science Fiction then you will think the first 30 minutes of this film is ok but after that it is just over the top dramatic douching. I did like the military point of view at first but then that shit just got old. I wish it would have made me more emotional and sad, but I felt nothing.

A. The Director was Jonathan Liebesman, and he has only done shit.

B. Singer Ne-Yo was in this movie, he did not sing.

C. I kept thinking there was an Ipod on the front of his helmet the whole movie.

D. Seriously when you are fighting in an apocalyptic situation with shit blowing up all around you don’t start bringing up how I hurt your feeling yesterday. It is about surviving now so shut the fuck up.

E. You really never get a great look at the aliens because the camera man can not hold the camera still. Here is what they looked like. WHITE TRASH ALIENS. Take note this is a still shot, now shake your head around and look at this, that’s is what the movie was like.

F. I also kept thinking that the aliens looked like Alpha from “Mighty Morphin’ Power Rangers”. In fact it would have been better if the aliens did look like Alpha. 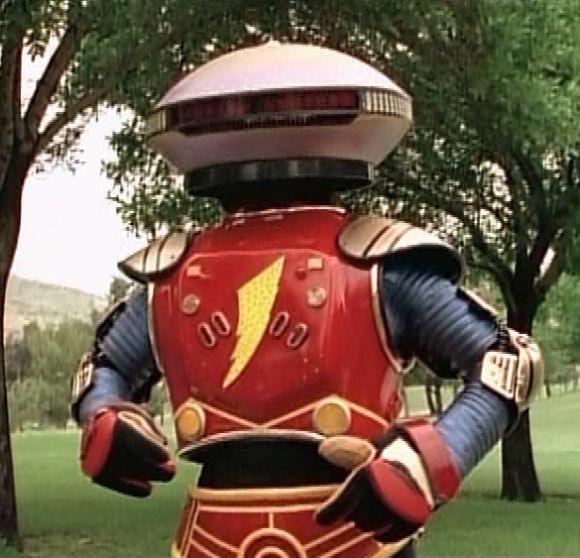 F. Michelle Rodriguez should have been the star of this movie, and her character should have just worked at a bridal boutique and owned Uzi’s.

G. Trust me I love apocalyptic films and I love seeing a city on fire, but I just thought they could have done something more interesting than running around shooting at shit we can’t even see for 2 hours.

H. Honestly, aliens with bullets, give me a fuckin break.

I. The score was boring and generic. I was actually excited about hearing this score by Brian Tyler, but he let me down this time.

J. I had high hopes for this film and was let down.

K. Here is our gang coming out of the theatre scared of alien attack. Also this picture was more intense than the movie. 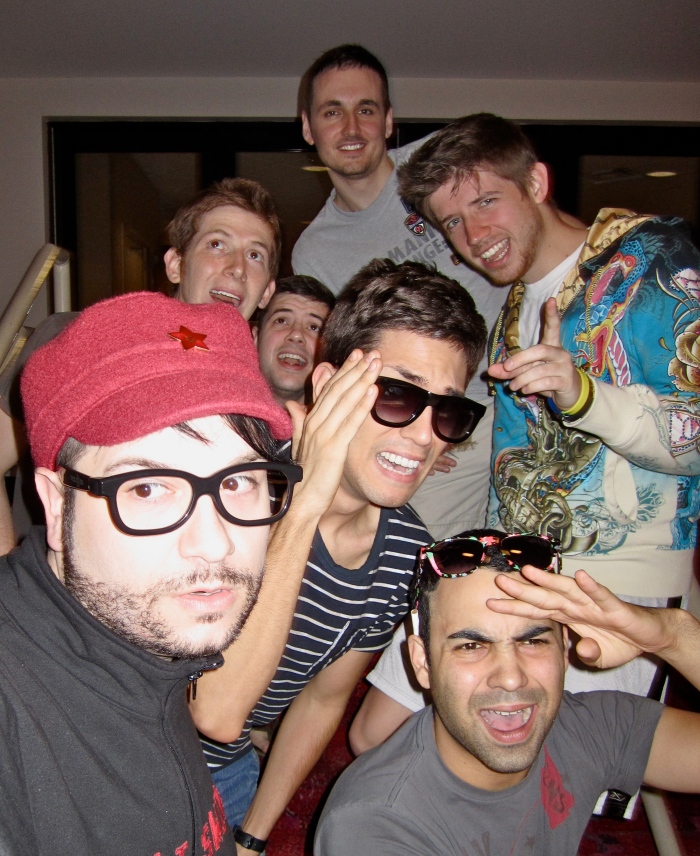 L. They should have nuked those white trash aliens.

M. They did play “California Love” by 2-pac and Dr. Dre and I did love that.

N. At one point they dissect an alien by just stabbing the shit out of it, then they say “I know how we kill it, we shoot it” haha yeah no shit.

O. Also I wish I would have seen Sandra Bullock playing Sandra Bullock in this and they show her running by and getting her face torn off by flying shrapnel. Honestly it’s LA it should have been about a group of stars trying to survive an attack.

P. The spaceships looked like bootleg piles of trash flying around.

Q. They should have played “Love is a Battlefield” by Pat Benatar in the end credits.

R. Also how come nobody says shit when they are shooting or blowing up the bad guys. For instance….

S. The poster looks cool even though it looks like doughnuts taking a fire shit.