Skip to content
Home“Dark Skies” or “Felicity, You Got Aliens In Yo Crib” – my fuckin review

Here is my review for “Dark Skies“. Okay so I was not excited about seeing this movie, but it turns out it was pretty creepy.  It starts with off with, yeah I know, a happy family living in suburbia. Felicity is the mom trying to raise two boys, and her husband is trying to look for a job. Creepy ass things start to pop off in the house and eventually she starts seeing thin gray ass aliens standing next to her son’s bed. FUCK THAT SHIT! Then birds start flying into the house and dying, and everyone’s (The family) body is wigging the fuck out. Now here is the part I didn’t like, it happens in a lot of horror movies too. It begins when there is a couple and then crazy shit starts happening. Then one of them sees/believes in the monster and the other doesn’t and calls the one who believes crazy or some shit. It’s like although they are married or in love or whatever with each other, they don’t believe a goddamn thing the other is saying to them. This makes no sense. If I came home and my boo said “Hey I think I saw a fuckin alien”. I would say “What the fuck, where?” I wouldn’t say bitch you crazy! If someone called me crazy for seeing a monster I would dump them or get a divorce the next day. Then go home and kill the monster. Okay so after the dad finally gets on board, they have to deal with all this crazy alien shit going down, and you are nervous and scared for all their ass’s. When aliens come you are fucked! Even Felicity can’t stop aliens. I mean shit, you are a fucking tiny ass ant to an alien. Would you talk to an ant? Hell no, you thump an ants ass! Okay so I did dig this movie, even though it was the same formula as a haunted house movie, but with aliens, but it worked for me. It was moody and scary, and you felt like they couldn’t get away. They gave you some spooky ass moments too. I like Kerri’s come back, she is cool to watch and I believe her ass in movies and TV. The dad seemed a little forced, annoying, and goofy. The haunted house formula made it predictable, ya know, happy family in a house and creepy shit happens then some bad shit breaks loose at the end, but I still enjoyed watching it. It made me jump a few times. So if you like aliens, Felicity, haunted house like stories, the TV show “Unsolved Mysteries“, and birds flying into houses then this movie is for you.

A. You can’t really fight aliens. They will abduct you and probe that ass.

B. I like Keri Russell. She is believable in shit.

C. You can’t run from an alien. It will follow your ass all over the fuckin planet and your kid will draw this picture. 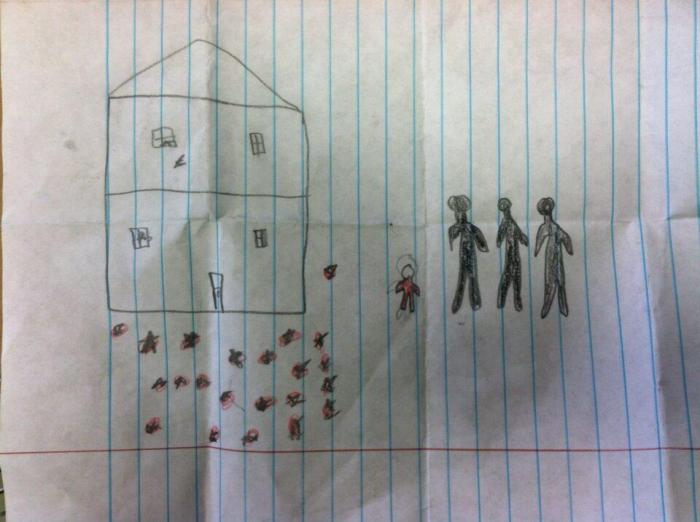 E. Gurlllllll there is an alien in your cabinet!

F. I wonder why all aliens look-alike. All gray and shit. Here is one hanging with Hitler. WHAT THE FUCK! 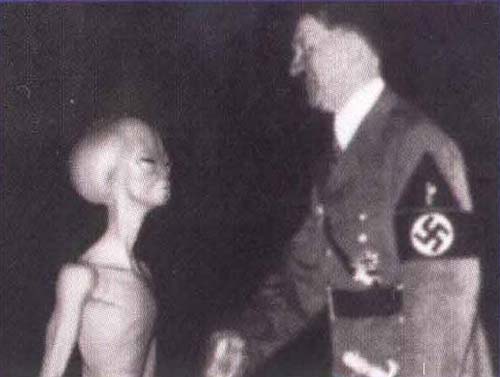 G. Oh shit where are your kids bitch!

H. The score was composed by Joseph Bishara (Insidious). I do like his scores.

I. Here is my alien short film I made. ” Kiss My Ass U Green Alien Bitch!” 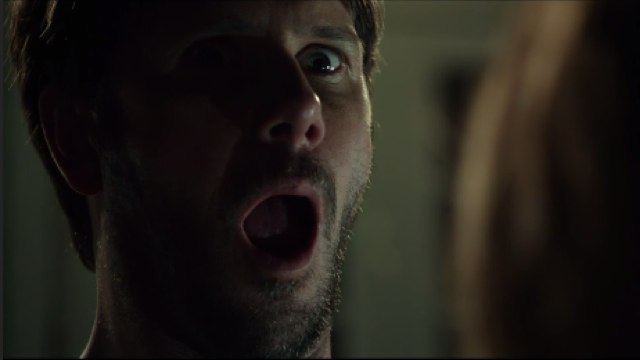 L. Aliens will probe that ass!

M. Alien on the roof! Call me crazy if I see some shit and I will dump or divorce your ass.

N. I like this poster a lot. Also the kid (Dakota Goyo) in the poster  and he played Young Thor in “Thor“. 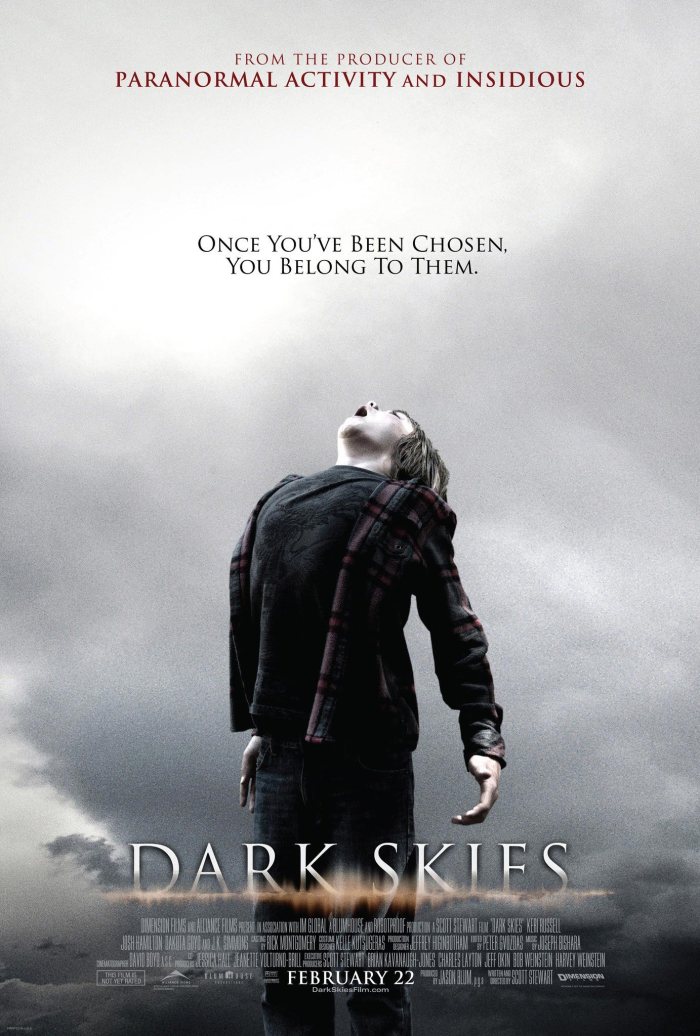 3 thoughts on ““Dark Skies” or “Felicity, You Got Aliens In Yo Crib” – my fuckin review”