Skip to content
Home“Paranormal Activity 4” or “Guess Who’s Back? Katie’s Back”- my fuckin review

Here is my review for the movie “Paranormal Activity 4“. Okay so I don’t over think these films. I just try to watch them and ride the ride. They are documentary style, so that is how I sort of watch them. Just there for some scares with Katie. It has been 5 years since Katie and her nephew Hunter have disappeared. Now we are with a new family and some creepy ass neighbors moved in across the street. One is a young boy named Robbie (Brady Allen) and he is quiet and creepy as fuck then ends up having to stay with this new family because his mom (could be Katie) is sick at the hospital or some shit. So Robbie moves in with the normal family across the street. That family has another young boy named Wyatt (Aiden Lovekamp) and older sister named Alex (Kathryn Newton). There are parents too but they don’t do shit in this movie but get in the way. Robbie is doing all kinds of creepy shit, and ghost/demon shit starts to pop off again. Alex knows this shit is straight up whack, but nobody believes her except her boyfriend (Brendon Eggertsen). The two boys are best friends now and roll together, creepy style. More ghost/demon shit goes down and in the end there is a showdown with KATIE!!!!!! That Demonic Bitch is back and running at mother fuckers. There is even a few twists and some witches. Okay so I liked this movie, but it was my least favorite of them all. It does make more sense when you watch the movie, the trailer makes you roll your eyes, but shit will make sense in the movie. I don’t want to give it away. I love how Katie is like this weird horror character now and I love haunted house stories. So I guess that is why I am always okay with these movies. It’s not super scary, but it is creepy. I wonder what part 5 will be about. Katie on the road with Hunter murdering bitches. So if you are looking for some late night spooky shit, you love Katie, demons, ghosts, kids acting sketchy and you want to see where the story is going then peep this shit. I had fun watching it, but didn’t love it.

A. The Directors are Henry Joost and Ariel Schulman. They directed the documentary “Catfish“, which is now a TV show.

B. I have grown to love Katie Featherston the demonic bitch.

C. It was like watching a really good ghost hunting show on the travel channel.

E. I bet a shotgun will shut Katie’s ass down.

F. I need a ghost to pop my back to feel better. 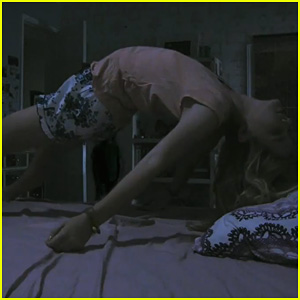 G. I wonder if I live next door to demons.

H. Katie is about to run up on that ass!

I. I hope in part 5 Katie and Hunter go around just killing the shit out of everyone on the road together. Yes they are making a part 5. Supposedly involving a spanish family.

J. Little kids don’t creep me out. You can just kick them.

L. I watched this with my brother Isaac. He said fuck “Katie and her bull run.”

M. I wonder if someone owns all 4 of these posters. 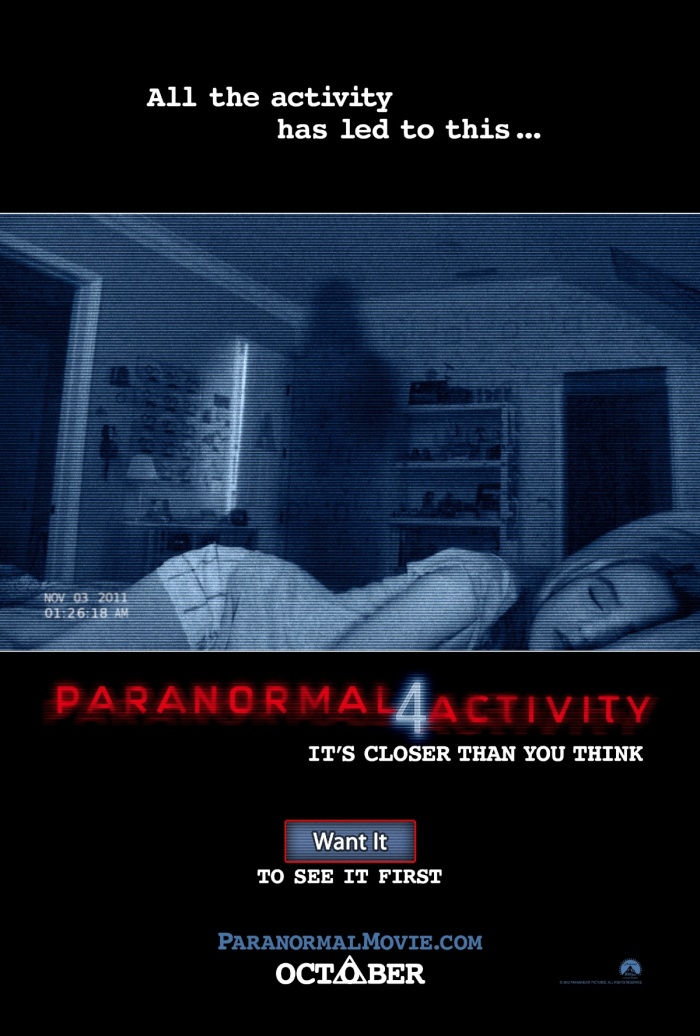