Here is my review for “The Babysitter“.  Okay this is a McG movie but before you turn into a bitch about it. I love “Charlie’s Angels” and “Charlie’s Angels: Full Throttle“. Fuck everyone! They are fun rollercoaster films. You just ride them and laugh and do not over analyze the wood. Okay so the Babysitter starts off with a boy named Cole who is too old to have a babysitter, because he is still scared and shit. His babysitter, Bee, is cool and hot. They are also really best friends when they hang out and have a great time. She is the best babysitters ever. Until he stays up passed his bedtime and he finds out she is fuckin with Satanic Sacrifices in the living room with her friends. Now Cole is trying to survive but in a smart ass way until the end. Will he live? Will he join her? Will you find out why that dude has his shirt off?

Okay this movie is fun and funny as fuck! I love everyone in this movie. Cole and Bee are like a best friend duo you want to see in 10 films. They really do a great job setting them up as not just baby and babysitter but also friends as well. When shit derails you can tell they are still friends but have to deal with the cards on the table. They don’t all of sudden hate each other. They never make Cole seem like a dumb kid or Bee like a mega evil bitch. Just shit they both gotta deal with to survive. Even in the end shit has to go the way it does. Honestly say what you want about director McG, but he has fun as a director. The rest of the cast is over-the-top and fun and you will love them too. The music in the film is great also and they picked the right composer. Honestly this movie was so much fun to watch and I can’t wait to watch it again. There is a new trend in Horror movies this year with weirdly happy/fun plots but graphic/multiple death scenes. Almost like positive horror movies. I have heard it called “Millennial Horror” I hate that name. I’m into it the films though. Like this film or “Happy Death Day” or Tragedy Girls“.  Feel good horror movies with a violent twist. You can watch this on Netflix right now and you should.

A. Judah Lewis played Cole and he was great. He will be in a bunch of shit from here on out. He sold that shit.

B. They played Peaches. So yes.

C. Samara Weaving was fun and cool as Bee. 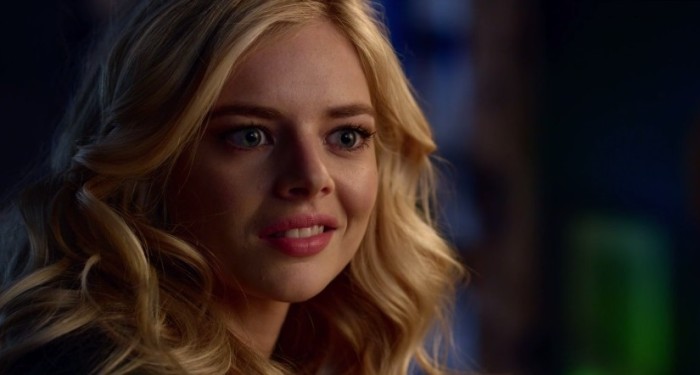 E. Their friendship was a lot of fun. You wished you had it. They were a cool duo.

F. This cast was great. 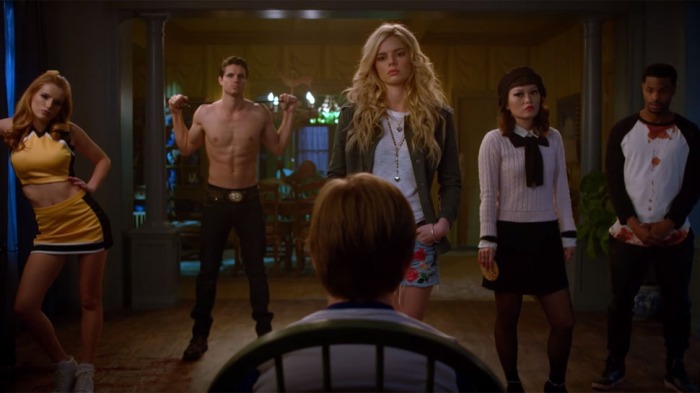 H. We made some Satanic comedies in 2010. Here are the links. They are pretty great!

I. This poster is fuckin great. 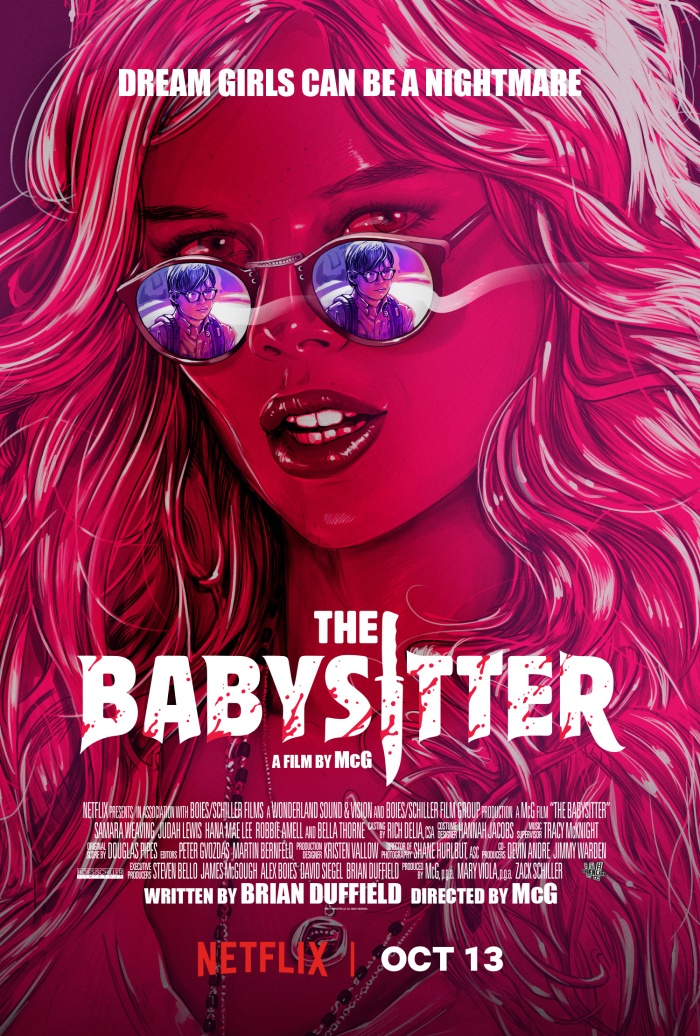